M3tal Daz3 started Season Two strong, leveling past Initiate in just 21 minutes and reaching the Master Tier in less than two weeks. He didn’t stop there, though, as he finished out the three-month-long Season at the top of the Leaderboard, achieving the status of “Legendary” and earning himself one of the Limited Edition Ambassador coins for the third Season in a row. 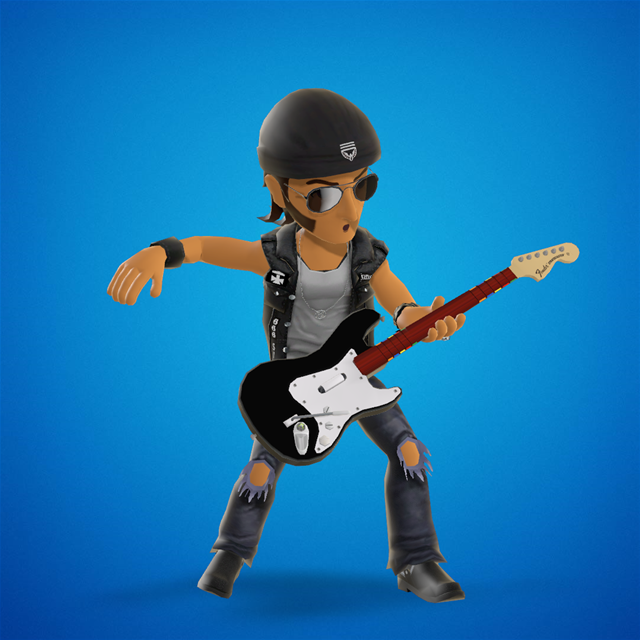 How long have you been a member of the Xbox Community? What do you love most about playing on Xbox Live?

I have been a member of the Xbox experience since the original [Xbox] console came out in 2001, and probably I’m one of the few that has that console in working conditions – [I] still use it as a home theater for old DVDs with 4:3 aspect ratio. The Xbox 360 console became my go-to console since the fat boy came out, and [it] still performs like a fine horse for all those games that are to become part of the backward compatibility program.

[I] upgraded to the Xbox One when the Elite version came out to get that extra speed of the SSD and can say [I’m] fully aware that this is the best console I have used yet. All three generations of the Xbox stay on my gaming cabinet… like layers of gaming history, and I think the collection will continue with the Scorpio project on the horizon.

I play mostly RPGs and third person shooters. My favorite game of all time is “Red Dead Redemption” for the gritty western feel and the awesome gunplay. Second, comes “Dark Souls” for the original concept and the deep, fulfilling experience it delivers. Third, comes “The Witcher” – in my opinion, a great story with one of the best protagonists and a stellar cast of characters.

You mentioned your favorite games previously, but what are some games you’re playing currently?

Do you have an exciting gaming story you’d like to share (Ex. Unlocking a prized Achievement, a fascinating story moment in a game you haven’t been able to shake, etc.)?

There have been so many moments of gaming I would like to share, yet my favorite is [from] playing “Red Dead Redemption.” It was the first time that I crossed the San Luis River heading to Mexico. Got on the horse that was waiting at the shore, and while riding toward the sunset, a beautiful and memorable song caught me by surprise, “Far Away” by Jose Gonzalez. It was the way that song completed the scenery so beautifully that caught me by surprise, and I rode slowly toward Chuparosa enjoying every moment of that trip.

Actually, I was in the Xbox Rewards forums seeking help when I was approached by a fellow Ambassador that advised me on the issue. When I asked around, the answer I got was that a gamer helped me, and I felt this is something I should do as well with the experience [I had] accumulated over the years on the service. Through my very first days, I witnessed the Program evolve from a basic support idea to a concrete mission of gamers helping gamers in an ever-growing community.

What’s your favorite part of being an Ambassador?

Well, I get a kick out of the Program Rewards (lol), but in the end what really matters is that “Thank you, dude, for making my day” you receive when you help a fellow Xbox user get back to gaming. There is no greater sensation than that; it really fuels you to go on helping in the best way you can.

What Ambassador activities do you most like taking part in, and why?

The question bank and the Forums are my favorite activities, for it allows me to be closer to fellow gamers and help them the best I can. 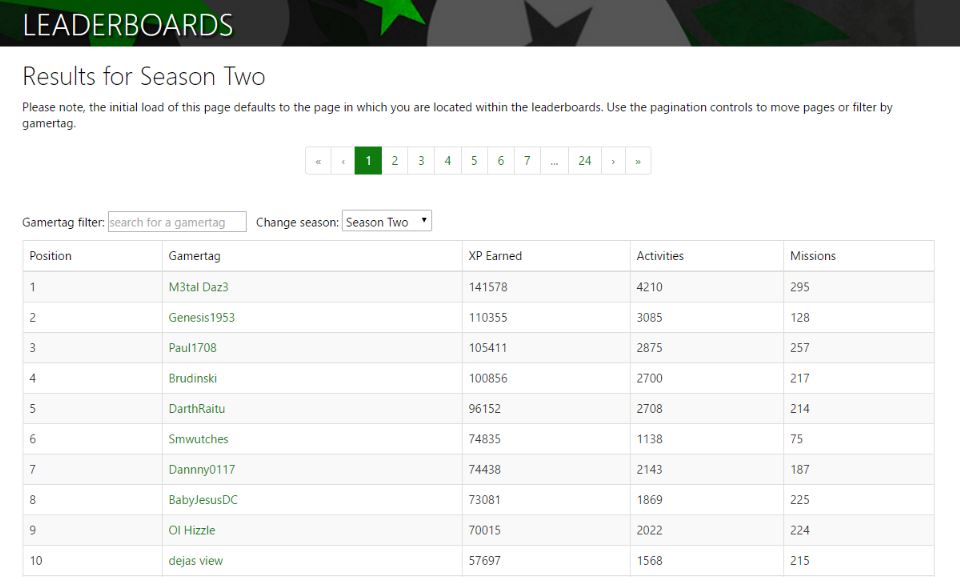 Part of the reason we’re doing this Spotlight is because you took the top spot in our Season Two Leaderboard! Any tips for people just getting started in the Program this Season?

Actually, it’s down to experience and acquired knowledge so my advice would be to read the [Forum] posts of senior Ambassadors and take every quiz possible in the Academy.

Since you mentioned Rewards earlier, we’re curious: What’s been your favorite Reward to earn throughout your time in the Xbox Ambassadors Program?

Actually, the Gold months were pretty sweet, and I would like to see them make a comeback. The pins and coins are cool memorabilia, though.

Do you have a specific memory related to your time as an Ambassador you’d like to share?

All the time I have spent as a member of the Ambassadors Program is memorable, yet my favorite time was when I helped in the Forums for the first time and got a verified answer from this grateful gamer that couldn’t connect to Xbox Live services.

Was there a specific feature or event added during Season Two that stuck out to you?

The improvement of tools in Season Two was visible, and my favorite features were the introduction of the Multi-Chat and the Digital Reward Redemption directly from the Rewards page.

I hope that this awesome Program will grow even more, so one day a gamer can just snap Skype in the middle of a game from the console and ask assistance from an Ambassador that would provide a solution to the game issues, and the gaming will continue flawlessly.