For those of you who have posted in the Xbox Forums – either for help or to provide assistance – the name “Smwutches” may be quite familiar. She partners closely with the official Xbox Forums Support team as an Ambassador and has leveled to the Master Tier within the Program solely off of Forums activities. In fact, as of June 6, she’d earned 54,410 XP for Season Two for liked and verified posts alone – certainly a feat worth acknowledging! With that in mind, the Misters and Misses that make up the Xbox Forums Support team wanted to show Smwutches a little love in her Ambassador Spotlight. 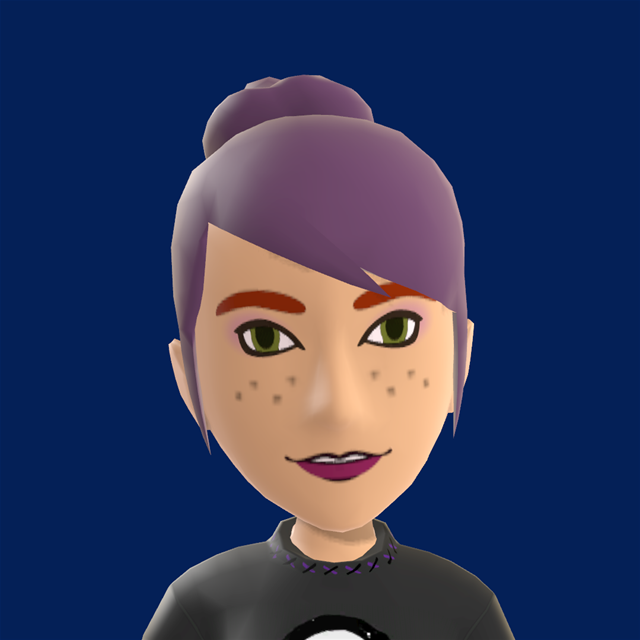 “Smwutches answers threads faster than any other Ambassador I’ve seen on the forums. Her information is always clear, concise, and to the point. She knows what goes in what Support Forum, too, and is incredibly helpful directing users to the right space to get assistance.” – Misses Quinzel

“Smwutches provides awesome support in the forums and continues to show examples of what it takes to be a great Ambassador. She always does a great job assisting others and providing the necessary information.” – Mister Quimby

How long have you been a member of the Xbox Community? What do you love about playing on Xbox Live?

I first got an Xbox 360 [console] in 2007 and then stumbled upon the Xbox Forums in 2009 when I had a question about a game I was playing at the time.

I don’t play online often, but I do love the fact that it [Xbox Live] allows you to meet people from all around the world who enjoy the same things you do.

Anything that grabs my attention, really. Also, anything that is easy to pick up again after not playing for a while (like Forza or Lego games). I’m usually way behind on games so I’m not always playing the current big game.

I’m not really sure about current favorite, but my all-time favorite (even though it’s not Xbox-related) is “Legend of Zelda: Link to the Past.” I think that was the first game I really got into and wanted to finish. It also got my mom into gaming.

Maybe not super exciting to some, but back when my husband and I were dating, we spent hours playing “Mario Kart” together (this was pre-Xbox 360 days for me). We finally started trying to outdo each other on time trials. He’s really competitive when it comes to racing games so he didn’t leave until he had the best time. I kept playing and beat his time after he left. I sent him the picture to rub his face in it. 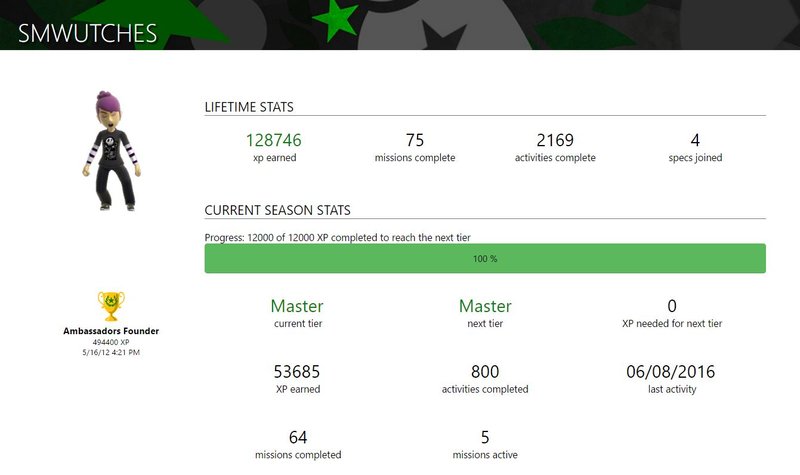 I don’t remember exactly when I heard about the Program; it was shortly after I first came to the Forums, though. At the time, there were really only a handful of Ambassadors, and nobody really knew much about the Program. Since then, it’s really blown up into a huge community, and it’s great to see so many people who want to help.

What makes being an Ambassador fulfilling for you?

The free stuff! …Lol, not really. I love those moments when someone has had an issue for a long time that they just can’t figure out what to do, and you’re able to help them figure it out and [they’re] really appreciative.

You’re known within the Ambassadors Community for your Forums activity. What interests you about Forums, and what advice would you give to new Ambassadors getting started on the Forums?

With the Forums, I like the ability to be able to take my time looking up answers or reading a lot of other posts to learn new things. For anyone getting started on the Forums, I would really suggest taking your time to fully read a post before [replying]. If you don’t fully understand the issue, it’s okay to not post in the thread.

Is there a specific type of question/topic you most like addressing in the Forums?

I don’t know why, but I’ve always gravitated toward the Rewards Program [questions] and like helping with those the most.

Do you have anything else (tips or sentiment-wise) you might be able to share on the topic of the Forums?

Don’t forget the Ambassadors Forums and take some time to read other posts that have already been answered – you might find an interesting solution you may not find anywhere else.

There really aren’t too many changes I can think of for the Program as it is now. I would like to see more Missions for Forums activity, though.