Mister Discord and MP are big fans of Halo and can’t wait to hop into Twitch, host Last Spartan Standing and see the Ambassadors fight it out till only one Spartan’s left! 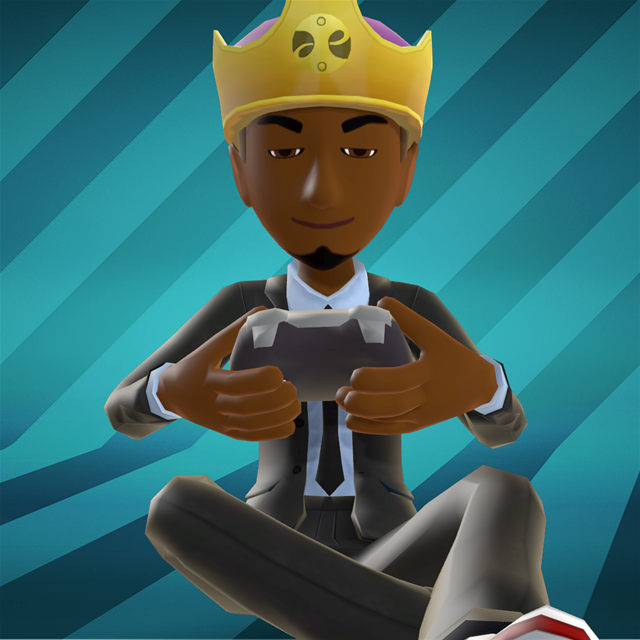 Mister Discord and @XboxSupport’s MP are asking Ambassadors everywhere to pick up their battle rifles once more for Last Spartan Standing, a free-for-all “Halo 5” tournament set for May 31 from 11:00 a.m. – 1:00 p.m PDT. The tournament will be hosted on the Xbox Ambassadors Twitch Channel and will allow for up to 20 players. You can find out more about the structure and sign up in the Ambassador Forums. The final Spartan left on the map at the end of the two hours will score respect from their fellow Ambassadors and Twitch spectators, a profile on the Community Blog and other loot Mister Discord plans to announce later this month.

While Mister Discord is hosting the event, it was MP who first suggested the tournament, coined the name Last Spartan Standing and worked out the specifics of the competition. “When thinking about a Halo tournament, I wanted to do something that would be inclusive for everyone and to pick a game that was popular enough that we would get a great response from the community,” explained MP. “We came up with the theme Last Spartan Standing. In fact, nothing fit better … because we’re doing a free-for-all tournament.”

The tournament will be structured in such a way that four Ambassadors will progress to the semi-finals based off of their performance in any one of the first four qualifying rounds, while other competitors, who might not have gotten so lucky the first time around, will be able to fight their way to the semi-finals in a second chance match. To test the mettle of the two Spartans that make it out of the semis, MP plans to up the stakes in the final: “The last round will be 1v1 in a no-radar match. It adds a lot of tension. It’s really exciting with no radars since you don’t know where your opponents are.”

MP’s more than a little excited for the tournament and looks forward to some friendly competition between members of what he calls an “absolutely fantastic” community. He’s also excited to celebrate a shared passion for Xbox with the Ambassadors, and it’s a passion that’s as easily identifiable in MP as it is in Xbox Ambassador community members. In fact, if you ask MP about Halo, you’re going to be listening for a while: he’s had the series on his mind since he was a 10-year-old being told by his dad that he couldn’t play the original.

While it took MP some years to get his hands on Halo, he remembered the moment he finally had his own Xbox 360 and copy of “Halo 3” with a big grin. “Personally, I’ve spent more time playing Halo multiplayer than any other game that I’ve ever played,” says MP, adding that while “Halo 3” is in the lead, “Halo 5” isn’t far behind now.

His experience with the series is part of what helped MP decide to organize a Halo-themed tournament, and he’s got a lot to say about the mastery exhibited around the latest title: both in terms of the gameplay and how gamers approach specific situations within it. “The gameplay is on point,” says MP. “Everything is very tight, the controls are super tight, and everyone has an equal playing field … Personally, it’s one of my favorites, and just from a game development standpoint, it’s an amazing game for a tournament.”

Despite all the hours he’s put into Halo over the years, MP remains pretty humble about his own skill level (“In my head, I’m better than I actually am,” the elite tweeter owned up to pretty quickly) but has a few tips he’s happy to share with tournament hopefuls:

MP hopes to see you all on Twitch for Last Spartan Standing at the end of the month – whether it’s as a competitor or a spectator. “I think it’s going to be fast-paced with lots of action,” he says. “I think it presents lot of opportunity for fun, and that’s what it’s all about.” And whether you’re in it for the loot, the fame, the fun or just looking for an entertaining thing to watch, MP urges you to be active in your participation with him in the Twitch chat: “Even if you’re not able to compete, you should definitely stop by and view the stream. I’m an Xbox guy, so if anyone wants to stump me with Xbox trivia, they’re welcome to try in the chat. It’ll be a big old Xbox party.”