Shiver me timbers, the SoT Microsoft store event was a hit

Our ship was overflowing with fun

On March 20, your Xbox Ambassador Team sailed down to the Microsoft store in Bellevue Square where we had a night full of pirate-themed events to celebrate the launch of Sea of Thieves. There was a pirate costume contest, pirate trivia, a pirate impersonation contest, and so much more!

The night began with the awesome pirate costume contest. Many pirates dressed up in their best gear to show their pirate spirit. The winner of the pirate costume was a man by the name of Black Beard, arrr! 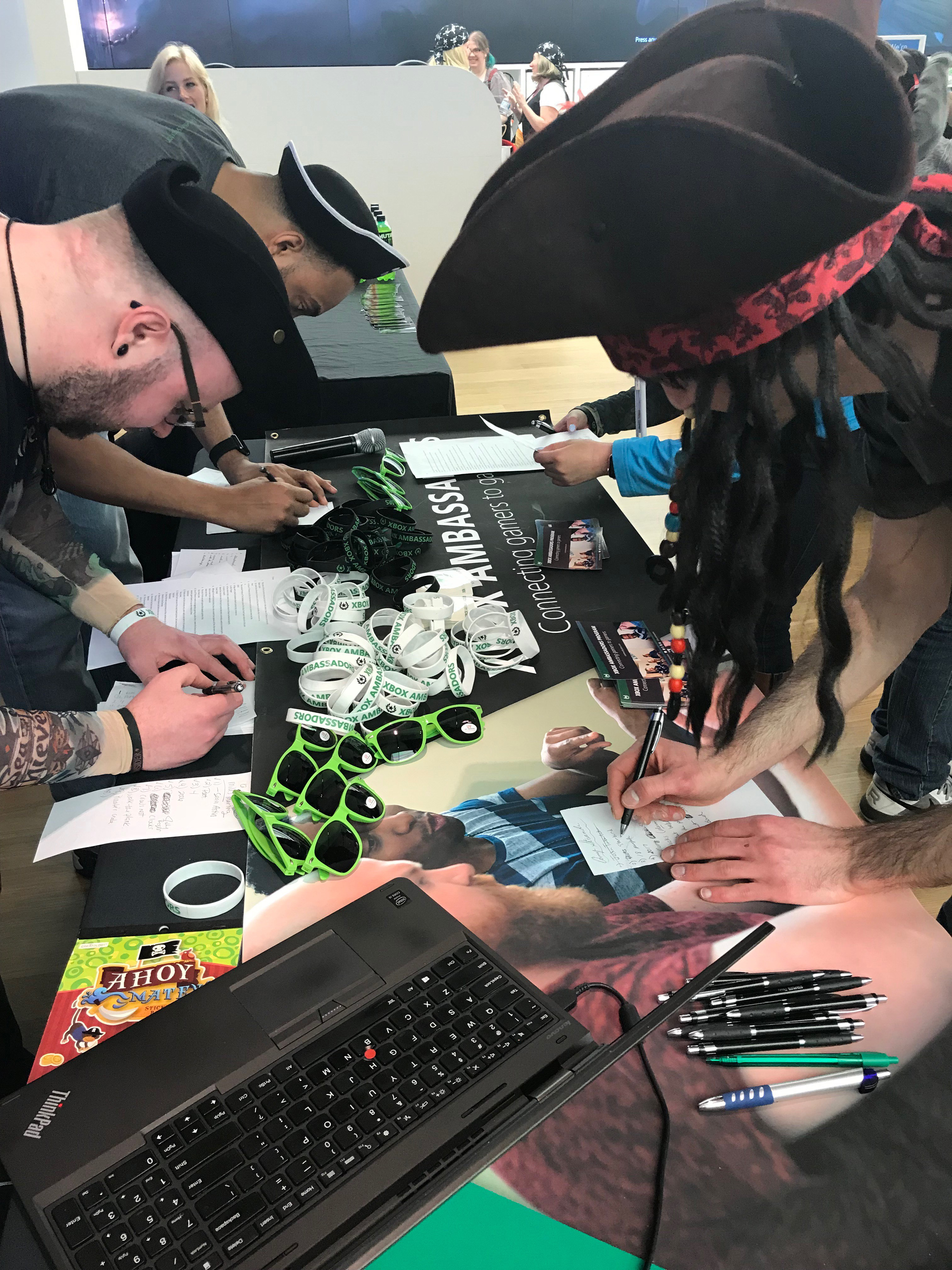 Toward the second half of the evening, the Xbox Ambassador Team put on a contest for who can put on the best pirate impersonation—the best part was seeing pirates bust out their best pirate voices! While these fun contests were going on, the Microsoft store in Bellevue Square had a row of Xbox consoles and PCs lined up for anyone to play. There were even in-game contents, like who could swim in the sea the longest without dying to a shark and who could find a certain in-game location first. One awesome gamer girl took things into her own hands and fought every shark she came up against—she’ll grow up to be an awesome gamer, we can feel it in our bones.

One of the last main events of the night was when the Microsoft store raffled away an Xbox One S Sea of Thieves Bundle to one lucky mom—can you see her happy son in the background right over her shoulder? Mother and son were both super stoked.

The Xbox Ambassador Team was thankful to help launch Sea of Thieves, and we were happy to partner with the Microsoft store in Bellevue Square to help bring more pirate fun to our community!

Continue sailing on the open sea and becoming a pirate legend

Since the launch of Sea of Thieves, how have you been liking the game? Tell us in the comments below! We would love to hear about your favorite pirate adventure. If you haven’t yet set sail on Sea of Thieves and haven’t decided if you want to buy the game, make sure you reach out to Xbox Ambassadors who have played the game so you can get their insight! Plus, becoming a pirate legend is always more fun with friends in tow.

Microsoft stores all over celebrate with in-store events, like video game releases, so make sure you check out and attend the events at your local Microsoft store! Who knows, maybe you can even represent Xbox Ambassadors at an event—don’t worry, we will tell you how soon! Stay tuned.

Get the Deets: The Xbox Ambassadors Experience
Miss AshesX Aug 28

Get the Deets: The Xbox Ambassadors Experience

Batten down the hatches—Sea of Thieves has launched
Community